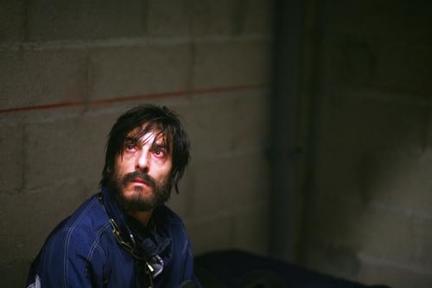 After having seen two fairly disappointing movies (“Midnight in Paris" and “The Tree of Life”) I saw a truly excellent movie: “Rapt” by Lucas Belvaux.
Manohla Dargis wrote in The Times: ‘By setting “Rapt” in the present, the writer and director Lucas Belvaux sidesteps the post-1968 political context that inevitably frames “Patty Hearst,” Paul Schrader’s fictional look at the 1974 kidnapping of Patricia Hearst that briefly turned that heiress into a gun-toting, bank-robbing revolutionary known as Tania. But politics are unavoidable, of course, particularly given the money and power at stake in “Rapt” and all its grandstanding politicians, snooping investigators and howling newshounds. No one gets off easy. But the undifferentiated news media almost come off as bad as the kidnappers (a few of whom are at least individuated), especially as the kidnapping drags on and stories detailing Graff’s adult tastes, habits, weaknesses and pleasures leak into the news that his stunned family absorbs with mounting shame.’ (…)
‘Despite its contemporary milieu and restive camerawork, “Rapt” brings to mind classic films noirs like “Laura” and “The Killers” in which somehow physically absent characters come into focus through investigations. Graff may be onscreen for much of the movie, but because he’s often gagged, blindfolded and bound, he also presents a question mark, a cipher.’

Mr. Graff’s (Yvan Attal) undoing is indeed breathtaking to watch, but I’m not sure that he is a cipher. He is just busy discovering that the real enemy is always your best friend or your associate.