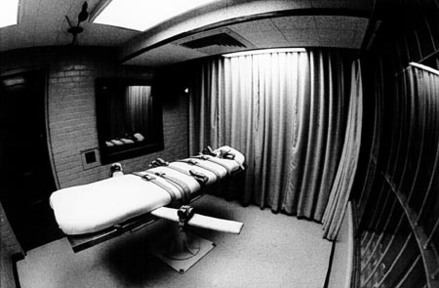 A friend alerted me to this article by Zachary B. Shemtob and David Lat: ‘Earlier this month, Georgia conducted its third execution this year. This would have passed relatively unnoticed if not for a controversy surrounding its videotaping. Lawyers for the condemned inmate, Andrew Grant DeYoung, had persuaded a judge to allow the recording of his last moments as part of an effort to obtain evidence on whether lethal injection caused unnecessary suffering.
Though he argued for videotaping, one of Mr. DeYoung’s defense lawyers, Brian Kammer, spoke out against releasing the footage to the public. “It’s a horrible thing that Andrew DeYoung had to go through,” Mr. Kammer said, “and it’s not for the public to see that.” We respectfully disagree. Executions in the United States ought to be made public.’

‘A democracy demands a citizenry as informed as possible about the costs and benefits of society’s ultimate punishment.’