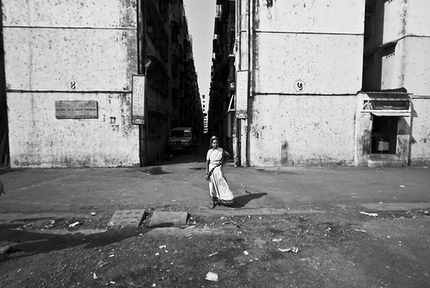 ‘The argument that political rage can be clearly distinguished from apocalyptic fantasy is problematic, to say the least. Christian eschatology ranges seamlessly from premillennialists, who believe the world will end soon in a series of catastrophic events, to mainstream believers who interpret the Second Coming as a message of hope for the future. The same may be said for believers in secular utopias, whether communist or nationalist, who occupy a broad range of positions across the political spectrum. The Thousand Year Reich was a millennialist dream, as was the communist utopia, but not all Nazi or communist party members were mass killers,’ writes Malise Ruthven in The New York Review of Books.

‘In his manifesto Breivik deplores the spread of “Saudi theo-fascism” in Europe, and marvels at the way the West demonises Shi‘a Iran, while cozying up to Wahhabi Saudi Arabia. His anxieties may be overdrawn, but they are far from irrational. Despite the challenges to social harmony posed by burqa-clad women, or even the occasional act of violence driven by rage at the host society’s perceived hostility, or indifference, the deeper dangers posed by a growing Muslim minority in Europe are not to the host communities: they are rather to the Muslims themselves. The export of the ultra-conservative, anti-integrationist cult of Salafism from the Arabian peninsula and similar cults from South Asia—with doctrines that enjoin disdain for, even hatred of European values and life-styles—is a real threat to social harmony, because they serve to ghettoize Muslims, to create in them a sense that they are a people apart.
Before the recent atrocity, a group of Muslims residing in a major Norwegian city sought permission to build a mosque. They explained that the biggest part of their funding—around $ 3 million—would come from Wahhabi Saudi Arabia. The municipal authorities—backed by the Norwegian government—turned them down.
This was not Islamophobia, but a wise decision that should be emulated throughout the West. The construction of mosques, which serve as community centers as well as places of worship, is to be welcomed when the funding comes from sources that are accountable to communities that use them. When that funding comes from the state that produced fifteen of the nineteen 9/11 terrorists (and whose intelligence services may even have been implicated in the attack, or from other religious sources that preach hatred or disdain for “infidels,” the authorities have every right to refuse.’

It’s not easy to define irrational behavior. Of course, ghettoization is a threat to any minority, but the ghettoization of one minority can be advantageous to others.

To call religion irrational is to underestimate the attraction of power.