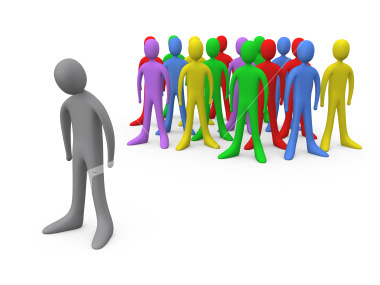 Roger Cohen in today’s Herald Tribune: ‘But it’s complicated. Britain, with its almost 300,000 Jews and more than two million Muslims, is caught in wider currents — of the Israeli-Palestinian conflict and political Islam. Traditionally, England’s genteel anti-Semitism has been more of the British establishment than the British working class, whereas anti-Muslim sentiment has been more working-class than establishment.
Now a ferocious anti-Zionism of the left — the kind that has called for academic boycotts of Israel — has joined the mix, as has some Muslim anti-Semitism. Meanwhile Islamophobia has been fanned by the rightist fabrication of the “Eurabia” specter — the fantasy of a Muslim takeover that sent Anders Breivik on his Norwegian killing spree and feeds far-right European and American bigotry.
Where then should a Jew in Britain who wants to speak up stand? Not with the Knesset members who have met in Israel with European rightists like Filip Dewinter of Belgium in the grotesque belief that they are Israel’s allies because they hate Muslims. Not with the likes of the Jewish writer Melanie Phillips, whose book “Londonistan” is a reference for the Islamophobes. Nor with those who, ignoring sinister historical echoes, propose ostracizing Israeli academics and embrace an anti-Zionism that flirts with anti-Semitism.
Perhaps a good starting point is a parallel pointed out to me by Maleiha Malik, a professor of law at King’s College London. A century ago, during the Sidney Street siege of 1911, it was the Jews of London’s East End who, cast as Bolsheviks, were said to be “alien extremists.” Winston Churchill, no less, argued in 1920 that Jews were part of a “worldwide conspiracy for the overthrow of civilization and the reconstitution of society on the basis of arrested development.”’

Hannah Arendt described the Jew as an outcast, a pariah. For him, the only way out of this situation is to become a conscious pariah.