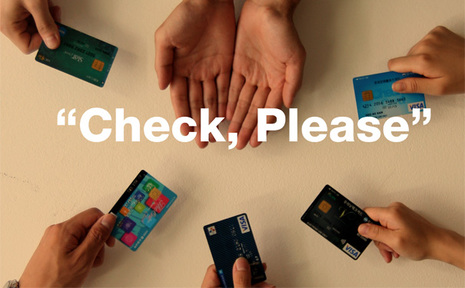 In the Times Literary Supplement:

‘In his review of an English dictionary of slang from the end of the seventeenth century, published on February 4, 2011, James Sharpe happened to draw a connection between the presence of a Dutchman on the English throne and pejorative slang terms of the time: The presence of William III on the throne obviously set limits on the use of “Dutch” in pejorative expressions, but linguistic contacts paralleling the political ones were suggested by a scattering of entries explaining Dutch words or phrases: “gelt” for money; “Hans-en-kelder” for a jack-in-the-box or a baby in the womb; “placaert”, defined as “a Dutch proclamation, an order of the States”; and “skipper”, defined as “a Dutch master of a ship or vessel”.
This led one reader to expand on the point, in the TLS of March 11: Sir, — In his review of Jonathon Green’s Dictionary of Slang, James Sharpe (February 4) lists items that, when prefixed with the adjective “Dutch”, are unkind. Perhaps delicacy led him not to mention the Dutch wife, a long cylindrical bolster with which people once slept in the tropics: wrapping one’s legs around it during the night prevented their becoming glued together with sweat. (Or was this Green’s omission?) Can none of your readers supply an English term, prefixed by “Dutch”, that is not pejorative?’

“Dutch” I’m afraid is just a slightly pejorative word; “going Dutch” is probably the least pejorative expression that contains the word "Dutch". And the Dutch wife might come in handy these days, especially in expectation of the climate change getting worse.