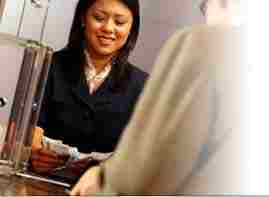 Jim Holt reviews Kahneman’s book “Thinking, Fast and Slow” in today’s Herald Tribune: ‘To see how, consider what Kahneman calls the “best-known and most controversial” of the experiments he and Tversky did together: “the Linda problem.” Participants in the experiment were told about an imaginary young woman named Linda, who is single, outspoken and very bright, and who, as a student, was deeply concerned with issues of discrimination and social justice. The participants were then asked which was more probable: (1) Linda is a bank teller. Or (2) Linda is a bank teller and is active in the feminist movement. The overwhelming response was that (2) was more probable; in other words, that given the background information furnished, “feminist bank teller” was more likely than “bank teller.” This is, of course, a blatant violation of the laws of probability. (Every feminist bank teller is a bank teller; adding a detail can only lower the probability.) Yet even among students in Stanford’s Graduate School of Business, who had extensive training in probability, 85 percent flunked the Linda problem. One student, informed that she had committed an elementary logical blunder, responded, “I thought you just asked for my opinion.” What has gone wrong here? An easy question (how coherent is the narrative?) is substituted for a more difficult one (how probable is it?). And this, according to Kahneman, is the source of many of the biases that infect our thinking.’

I must admit that I got the Linda question wrong as well.