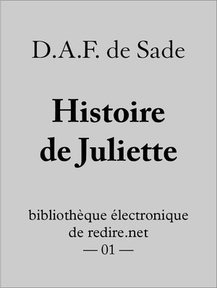 Schliesser commented on my remarks about Satan and the novel: ‘Now, Grunberg and I agree that the freedom or indifference given to the novel is evidence for its marginalization and lack of impact. I had assumed that "the artists I know (in Liberal Democracies) treat art as if not dangerous; they seem very comfortable with their self-marginalization (which is compatible with fame, status, and money, by the way)." That is, our authors have tamed themselves and this is why their novels make no difference.’

Schliesser adds: ‘Grunberg's "we" seems to assume that the words and images found in novels barely register among non-expert readers. I had assumed this was due to something like a curse of low expectations all around. Unlike most commentators, who claim that internet and mass media have displaced the book, I am struck by the fact that The Book (the Bible) still is capable of attracting an extremely wide and devoted audience. Reading is by no means finished (says the author to his audience).’

No, reading is not finished, the novel is not dying, and even the physical book will survive the e-book, but this doesn’t necessarily imply that the novel has real impact.
Sales figures don’t say much about impact.

It’s no coincidence that Schliesser mentions the bible. Probably the last dangerous book was the New Testament. (Compared to the other propaganda tools the Nazis used “Mein Kampf” was not an effective propaganda tool in the Nazi machinery; perhaps some of the writings by Karl Marx and Friedrich Engels can be deemed dangerous. Reasonable people might disagree about the morality of de Sade, but I don’t believe that his writings harmed society.)

I would argue that what Schliesser calls “self-marginalization” is nothing but realism. And I’m not sure if marginalization for a novelist is by definition a curse.

The novelist who would like to have serious impact, the author who is still striving to write a dangerous novel should start a religion or a political party. (Of course literary critics might argue that the novelist’s latest novel is unsettling, provocative and disturbing. But this is just to inform the readers and the author: we are all in the know. We know the game, we play along.)