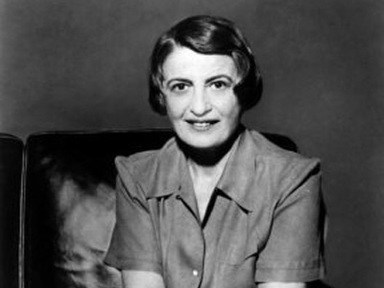 More on Satan (and irony):

I claimed that the New Testament (and perhaps “Das Kapital”) were the last dangerous books.
The philosopher Eric Schliesser gives at least one other convincing example: "Now, it's true that it's been a while since, say, Joseph Smith published The book of Mormon in the same year that an opera started a revolution, or a bit earlier that Rousseau's sentimental novel, Julie, ou la nouvelle Héloïse, and his strange hybrid philosophical-fiction, Émile, ou De l’éducation, could be celebrated in another one. But even today, we see that Ayn Rand's writings can inspire among (to echo Bacon's New Atlantis) sheeplike minds that touching faith where religious Utopianism in the benevolence of markets and ordinary brutality mix."

(Read here more on this discussion.)

The example of Joseph Smith supports my claim that the novelist who strives for influence and power should start a religion or a political party, but the example of Ayn Rand is more convincing and more interesting.
Let historians and economists decide how much of the policies of Alan Greenspan should be attributed to Rand’s writings, I’m willing to admit that her books have been dangerous.
But then again, does this imply that Rand was an excellent novelist? If I had the choice between being Ayn Rand and let’s say being Giorgio Bassani I would rather be Bassani. (The example of Bassani is more than sheer coincidence, his writings show that even passivity can be resistance and that irony doesn’t necessarily equal cowardice.)
It’s very well possible that the column I write on the front page of a Dutch newspaper is more influential than any of my novels, nevertheless I consider myself first and foremost a novelist, and proudly so.
Perhaps Schliesser confuses power and influence with quality?

A good novelist adds something to the tradition, if this is too meager (or too ironic) for Schliesser I can only say: we don’t need another novelist who is proud of making grandiose statements. One Norman Mailer was enough.