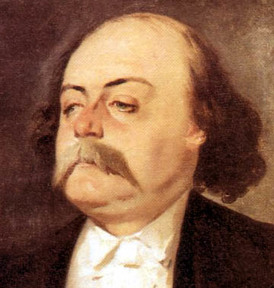 The philosopher Eric Schliesser and I have an ongoing discussion on the position of the contemporary novelist in the western world.
Schliesser’s latest contribution on the self-domestication of the novelist, (before that he commented on the self-marginalization of the novelist): “Grunberg here sides with Coetzee's vision in ("What is a Classic?") that the novelist's role is to be a steward of the tradition. Grunberg overlooks the great novelist, who transforms the tradition and, in doing so, saves it by giving it and her readers the oxygen of life.”

I wrote that the novelist could and should add something to the tradition. Is “adding” fundamentally different from “transforming?” My choice of words is slightly more modest than Schliesser’s rhetoric, but that’s more a matter of temperament than of difference of opinion.

But then Schliessers adds: “But to let Satan speak does not mean that Satan has to lead a political party (power) or a new religious cult (influence), or some combination thereof. Grunber's attitude is fundamentally conservative--the status quo often presents itself as the party of justice. But sometimes the party of humanity sides with Eve's "rash hand in evil hour/Forth reaching to the fruit, she plucked, she ate..."

Let me summarize my position, which is more often than not also Schliesser’s position I suspect.

Schliesser’s position appears to be that as soon as Satan has been given airtime in the novel the status quo is under attack, the novelist is capable of changing the status quo for the sake of humanity.

It’s here that I cannot follow Schliesser anymore. The writer might strive for heroism, but this doesn’t say a lot about his qualities as a novelist. I’m doubtful whether the novelist is capable of changing the status quo by writing novels (for the record: there is no judgment on the status quo here) and more than that, I’m not convinced that the novelist should be a revolutionary in the disguise of literature. If this makes me a conservative, I will be a conservative.

Flaubert wrote in one of his letters that the task of the author is to harm mankind. Oh, how I love this statement. But since we know Flaubert didn’t become a mass murderer, there is some irony in the statement. Flaubert wanted to harm mankind by writing. That’s exactly the irony of the novelist, and this irony is not a peculiarity of the individual novelist. The position of the novelist is by definition ironic, his art is ambiguous.

Somewhere else Flaubert remarked that we have no other choice than to write about mediocrity.
This is how I understand Flaubert’s other statement – that the novelist should harm mankind. Flaubert exposes the mediocrity of mankind; to a certain degree every novelist is a satirist.

And yes, a novelist might be a hero. Any novelist who is willingly taking the risk of spending years in prison because of his writings in places like let’s say China is probably a hero. But we were discussing the contemporary novelist in the western world.

Schliesser seems to insist that my position is dishonorable.

“Elizabeth Costello” is among other things concerned with the idea that philosophers and novelists might need each other. Coetzee’s work is a relentless exploration of the inevitability of self-domestication.

I appreciate Schliesser’s appetite for heroism, but if we believe that the novel is more than a morality lesson and more than a propaganda tool of the revolutionary we should take Satan within the novel seriously.

Experience taught me that the philosopher, in between fighting other people’s self-domestication, loves good food.

Beckett’s poetics have been called the poetics of failure.

One day Schliesser might write a book “The Poetics of Self-Domestication.”