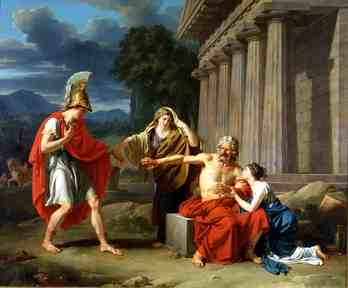 The best defense of literature I’ve seen in a while is coming from a theoretical physicist and mathematician, Freeman Dyson.

Dyson writes: “There are huge differences between Freud and Kahneman, as one would expect for thinkers separated by a century. The deepest difference is that Freud is literary while Kahneman is scientific. The great contribution of Kahneman was to make psychology an experimental science, with experimental results that could be repeated and verified. Freud, in my view, made psychology a branch of literature, with stories and myths that appeal to the heart rather than to the mind. The central dogma of Freudian psychology was the Oedipus complex, a story borrowed from Greek mythology and enacted in the tragedies of Sophocles. Freud claimed that he had identified from his clinical practice the emotions children feel toward their parents that he called the Oedipus complex. His critics have rejected that claim. So Freud became to his admirers a prophet of spiritual and psychological wisdom, and to his detractors a quack doctor pretending to cure imaginary diseases. Kahneman took psychology in a diametrically opposite direction, not pretending to cure ailments but only trying to dispel illusions.
It is understandable that Kahneman has no use for Freud, but it is still regrettable. The insights of Kahneman and Freud are complementary rather than contradictory. Anyone who strives for a complete understanding of human nature has much to learn from both of them. The scope of Kahneman’s psychology is necessarily limited by his method. His method is to study mental processes that can be observed and measured under rigorously controlled experimental conditions. Following this method, he revolutionized psychology. He discovered mental processes that can be described precisely and demonstrated reliably. He discarded the poetic fantasies of Freud.
But together with the poetic fantasies, he discarded much else that was valuable. Since strong emotions and obsessions cannot be experimentally controlled, Kahneman’s method did not allow him to study them. The part of the human personality that Kahneman’s method can handle is the nonviolent part, concerned with everyday decisions, artificial parlor games, and gambling for small stakes. The violent and passionate manifestations of human nature, concerned with matters of life and death and love and hate and pain and sex, cannot be experimentally controlled and are beyond Kahneman’s reach. Violence and passion are the territory of Freud. Freud can penetrate deeper than Kahneman because literature digs deeper than science into human nature and human destiny.”

“Freud and [William] James were artists and not scientists. It is normal for artists who achieve great acclaim during their lifetimes to go into eclipse and become unfashionable after their deaths. Fifty or a hundred years later, they may enjoy a revival of their reputations, and they may then be admitted to the ranks of permanent greatness. Admirers of Freud and James may hope that the time may come when they will stand together with Kahneman as three great explorers of the human psyche, Freud and James as explorers of our deeper emotions, Kahneman as the explorer of our more humdrum cognitive processes. But that time has not yet come.”