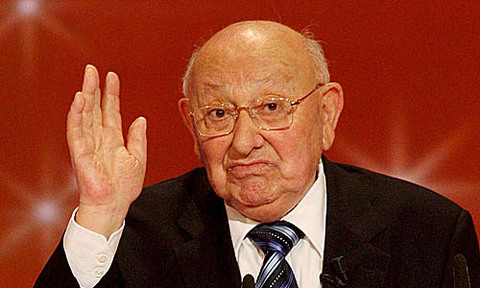 On January 27, 1945 Auschwitz was liberated by the Russian army. Although Auschwitz was probably not the worst Nazi camp, it became a symbol of the death machinery of the Nazis. (In his book “Bloodlands” the historian Timothy Snyder tries to explain why this is so.)
Today, the famous (and reviled) literary critic and survivor of the Warsaw ghetto, Marcel Reich-Ranicki gave a speech at “Ceremony of Remembrance for the Victims of National Socialism” at the German Bundestag.

You can read the text here.

(I apologize to readers who are not able to read German, but it seems that the written text is only available in German.)

Or watch a video of the speech here.

The video is dubbed into English.

The speech, more a report than a speech, is worth reading or listening to.