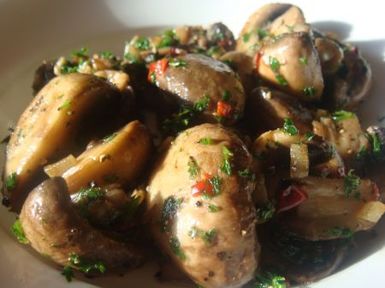 Last night I had dinner in a fairly new restaurant on the Oostelijke Handelskade in Amsterdam. The lights were dimmed, the noise level was high and the menu consisted of tapas.
A toddler at the table next to us was playing with my hair. His hands were greasy, but I didn’t want to inconvenience his father so I decided to remain silent. I gave the toddler a few dirty looks, but only when his parents weren’t looking.
I myself was in the company of three adults and two children.
The Champiñones al ajillo never arrived, but the owner, who reminded me of a mafia boss in a low-budget film, didn’t put the Champiñones al ajillo on the bill.
The last words the boss uttered were: “You are leaving? Good. The new dinner guests are just a few feet away.” Unfriendliness is the new politeness.
The least one could say about this man is that he was trying to be honest.