The rest of us 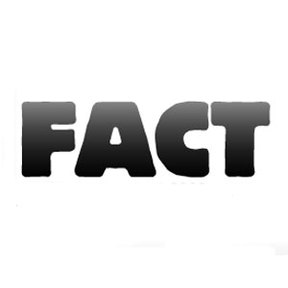 Quentin Hardy in the Times on facts and Gilad Elbaz:

‘At 7 years old, Gilad Elbaz wrote, “I want to be a rich mathematician and very smart.” That, he figured, would help him “discover things like time machines, robots and machines that can answer any question.” In the 34 years since, Mr. Elbaz has accomplished big chunks of these goals. He has built Web-traversing software robots and answered some very big questions for Google, along the way becoming a millionaire several hundred times over.
His time-machine plans, however, have been ditched for something he finds more important: trying to identify every fact in the world, and to hold them all in a company he calls Factual.’

‘His mental and financial assets, he says, are like gifts he needs to deploy so the world works better.
“If all data was clear, a lot fewer people would subtract value from the world,” he says. “A lot more people would add value.” Creating clear, reliable data could also make Factual a very big company.
“Gil is pretty far ahead of the rest of us, the one entrepreneur where it takes a few meetings before I really understand everything he is talking about,” says Ben Horowitz, a venture capitalist who backed Factual through his firm, Andreessen Horowitz. “Three years ago, he thought Factual was his biggest chance to change the world. Over time, the world has moved his way.” Since its start in 2008, Factual has absorbed what Mr. Elbaz terms “many billions of individual facts we’ve collated.”’

‘”Lately, I’ve been thinking that we need to get more personal data,” Mr. Elbaz says. He doesn’t mean names and addresses, but their genetic information, what they ate, when and where they exercised — ideally, for everyone on the planet, now and forever. “I want to figure out a way,” he says, “to get people to leave their data to science.”’

It’s an interesting question: can we have meaningful facts without storytelling?

In a couple of years we need a genius to turn the facts Mr. Elbaz collected into a few coherent stories.