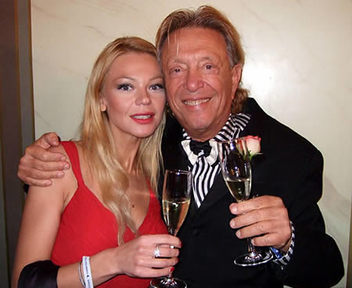 The article in today’s Times by Nicholas Kulish about the bon vivant Rolf Eden is a must-read:

‘Rolf Eden wants you to read this article. In fact, the 82-year-old would do just about anything to stay in the limelight he won through decades as a nightclub impresario and self-anointed playboy in swinging, cold war West Berlin.
The aging lothario has let it be known that his last will and testament stipulates that should he die while having sex, the woman involved would receive more than $330,000. He once pressed age-discrimination charges against a 19-year-old woman who refused to have sex with him when he was 77 years old.
“She said, ‘You’re too old for me,’ ” Mr. Eden recalled. Though he said he never got involved in politics, in this case, “I did it for equal rights.”’

‘The film describes how Mr. Eden’s family fled Germany after Hitler came to power in 1933. When he was just 3 years old they moved to Haifa. As a young man, he went on to fight under the command of Yitzhak Rabin in the 1948 Arab-Israeli war, with bravery and valor, according to the documentary, based on accounts of fellow veterans.
Not quite a secret, his life in Israel was certainly a side of himself that Mr. Eden played down, said Peter Dörfler, the director of the documentary. “When I started the project I said that I wanted to go to Israel with him, and he said, ‘Oh no, why should we? It’s just a very small part of me,’ ” Mr. Dörfler said.
“He rejects anything that is not happy and easy and fun, and doesn’t like to talk about things like war and suffering,” said Mr. Dörfler, who is now collaborating with Mr. Eden on his autobiography, which will be published in September.
This aversion — not only to war but also to anything depressing, including funerals and hospitals — is clearly illustrated in one of the most affecting scenes in the documentary.
Yoram Kaniuk, the eminent Israeli writer and an old friend of Mr. Eden’s, described calling him to tell him that he had cancer with serious complications. “ ‘Don’t talk to me about that,’ ” he recalled Mr. Eden’s saying. “Then he sent me a lot of money which saved my life. It arrived two days later.”’

I plan to visit Mr. Eden in Berlin in the near future.