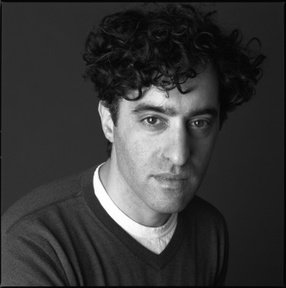 A friend alerted me to Robert Alter’s interesting review in TNR of Nathan Englander’s book “What We Talk About When We Talk About Anne Frank”:

‘The other way in which Englander’s fiction is Jewish is in its themes, and this is the prevalent mode of his new collection, much to its detriment. Of the eight stories, three center on a preoccupation with the Holocaust, one on the related subject of anti-Semitism, and another on the also related subject of the loss of dear ones in the Israeli-Arab conflict. The problem with this explicit addressing of Jewish themes—all, of course, involving victimhood—is its didactic insistence, which leads to contrivance or to sensationalism.
The title story is a case in point. Two middle-aged Jewish couples, who grew up together in a modern Orthodox setting, meet in the Miami home of one of them. That couple has become secular, whereas the other couple, settled in Israel, is now ultra-Orthodox. The four get drunk, then uncover a stash of pot belonging to the teenage son of the Miami couple, and they proceed to get very high. This scene has been admired by critics for its startling incongruity, but there is nothing either profound or funny about it: it is merely bizarre. Englander has too often gotten artistic credit simply for bizarre and improbable inventions. The couples, in their extreme inebriation, begin to talk about Anne Frank, and the Miami wife announces that “in the event of an American Holocaust, we sometimes talk about which of our Christian friends would hide us.” This twisted fantasy is then translated into a role-playing game in which one spouse is supposed to play the hunted Jew and the other the Gentile neighbor. The story ends when the Orthodox wife comes to suspect that her husband would not hide her.
The murder of six million Jews was an unfathomable catastrophe, and none of us, Jews or Gentiles, can avoid pondering what it may suggest about human nature, history, and much else. What one sees, however, in Englander’s new stories is a sick (and mechanical) obsession with the Holocaust, as in the Anne Frank game of the two couples. He reminds me in this regard of Woody Allen at his cheapest. The moral unseemliness of this obsession becomes evident even in a simple plot summary of some of his other stories.’

I myself wasn’t very impressed with the story “What We Talk About When We Talk About” – I read it in The New Yorker a couple of weeks ago. My biggest complaint was that it was so clear that the author was working hard to be funny; without actually being funny at all.
And although Anne Frank is undoubtedly an icon, I would argue that after everything that Philip Roth has done to her (and a couple of other writers as well) she should be left alone.

But it’s not a very valid argument to attack an author, or an artist for that matter, for his “sick obsession”. Most if not all authors (and artists) have at least one probably more “sick obsessions”, by middle class standards at least.
And moral unseemliness in fiction is above all a question of execution.

Mr. Alter writes: “The murder of six million Jews was an unfathomable catastrophe, and none of us, Jews or Gentiles, can avoid pondering what it may suggest about human nature, history, and much else.” A sentence that reminds me of academia at its worst, but fair enough, we cannot avoid pondering these questions. Then let Mr. Englander have his sick obsessions and come up with better arguments to attack his prose.