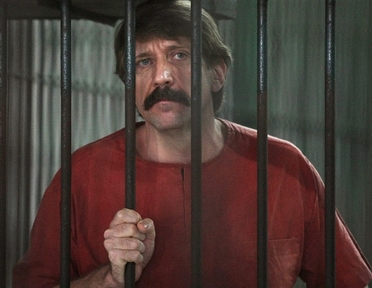 A few days ago I wrote about an excellent article by Nicholas Schmidle in the New Yorker about the arms trafficker Victor Bout.

This week judge Scheindlin in Manhattan sentenced Mr. Bout to 25 years in prison.

Noah Rosenberg writes in The Times: ‘After he was sentenced, Mr. Bout hugged his lawyer and turned to his family. “I love you all,” he said.
Then, he quoted a Russian song, about a ship called the Varyag, which had performed heroically while under siege in the Russo-Japanese War.
Asked what Mr. Bout had said, the courtroom translator he had appointed said it had been a message of perseverance.
“The proud warrior doesn’t surrender,” he said Mr. Bout had told his supporters. “He doesn’t give up.”’

I cannot help it but I feel some sympathy for Mr. Bout.