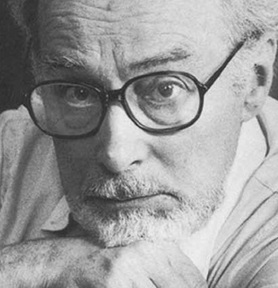 Tim Parks on the question whether we need stories, or not:

‘Let’s tackle one of the literary set’s favorite orthodoxies head on: that the world “needs stories.” There is an enormous need,” Jonathan Franzen declares in an interview with Corriere della Sera (there’s no escape these days), “for long, elaborate, complex stories, such as can only be written by an author concentrating alone, free from the deafening chatter of Twitter.” Of course as a novelist it is convenient to think that by the nature of the job one is on the side of the good, supplying an urgent and general need. I can also imagine readers drawing comfort from the idea that their fiction habit is essential sustenance and not a luxury. But what is the nature of this need? What would happen if it wasn’t met? We might also ask: why does Franzen refer to complex stories? And why is it important not to be interrupted by Twitter and Facebook? Are such interruptions any worse than an old land line phone call, or simply friends and family buzzing around your writing table? Jane Austen, we recall, loved to write in domestic spaces where she was open to constant interruption.’

Tim Parks again: “The more complex and historically dense the stories are, the stronger the impression they give of unique and protracted individual identity beneath surface transformations, conversions, dilemmas, aberrations. In this sense, even pessimistic novels—say, J.M. Coetzee’s Disgrace—can be encouraging: however hard circumstances may be, you do have a self, a personal story to shape and live. You are a unique something that can fight back against all the confusion around. You have pathos.
This is all perfectly respectable. But do we actually need this intensification of self that novels provide? Do we need it more than ever before? I suspect not. If we asked the question of, for example, a Buddhist priest, he or she would probably tell us that it is precisely this illusion of selfhood that makes so many in the West unhappy. We are in thrall to the narrative of selves that do not really exist in the way we imagine, a fabrication in which most novel-writing connives. Schopenhauer would have agreed. He spoke of people “deluded into an absolutely false view of life by reading novels,” something that “generally has the most harmful effect on their whole lives.” Like the Buddhist priest, he would have preferred silence or the school of experience, or the kind of myth or fable that did not invite excited identification with an author alter ego.”

We need stories to create the illusion that we are unique individuals.
But do we need literature for that? I don’t think so. One could argue that soccer and religion offer stories that help us to create a “sense of self”. Group identity is also identity.

Another solution would be to state that literature is at the other side of utilitarianism, but also this argument is not without risks. It could easily lead to a self-congratulating estheticism.

A couple of weeks ago when I hosted a conversation between Rob Riemen and Ian Buruma Mr. Riemen defended literature by pointing out that Primo Levi was able to survive Auschwitz thanks to his command of Dante. By reciting Dante he stayed sane. This is a highly selective reading of Primo Levi, but let’s assume that Rob Riemen was right. We need literature in order to survive the camps, to survive totalitarianism.
Perhaps we need something to believe in to survive; that could be God, Dante or Marx. In that case I would also go for Dante.
I would phrase it like this: we need to make sense of the world and sooner or later we discover that we cannot make sense of the world without fiction.

But this doesn’t mean that we need literature.

There are many competing fictions around us (perhaps democracy is another fiction) trying to catch our devotion, trying to turn us into believers.

I chose literature, because literature is the worst form of fiction except all the others that have been tried.