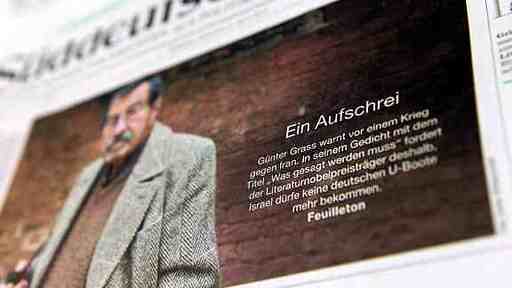 More on Günter Grass and his poem:

The Israeli newspaper Ha’aretz reports: “Interior Minister Eli Yishai declared Sunday that German Nobel laureate Gunter Grass is a persona non grata in Israel, after Grass published a poem last week which was highly critical of Israel and its policies.
Yishai harshly condemned Grass' poem, and said that he is declared a persona non grata in Israel for wearing SS uniform in the past.”

A stupid reaction to a bad and probably malicious poem.

Marcel Reich-Ranicki, the “pope of literature” – at least in Germany - reacted to the poem as well.

(Read a recent entry on this blog about Reich-Ranicki here.)

But lots of the reactions on this affair can be labeled “Theater of the Absurd”.

A friend alerted me to this cartoon FAZ, see below, in German only I'm afraid. An intelligent and funny comment on Grass and his poem. 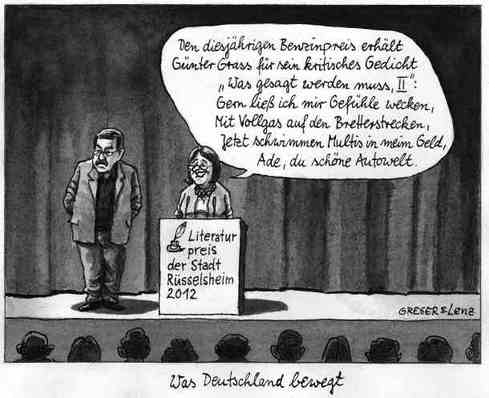