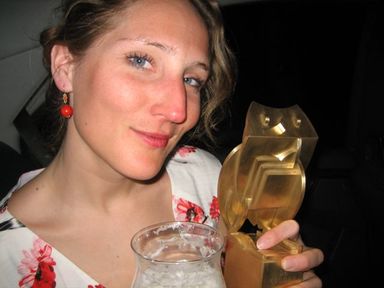 Last night I won the Golden Owl for my novel Tirza. The Golden Owl is let’s say the Belgium/Dutch Booker, but of course less prestigious.
I don’t intend to sound arrogant or to act ungratefully but I do think that the dinners before and the parties after an event like the Golden Owl are not the best part of a writer’s life.
My amante did question my exaltation after I received my second Golden Owl but today I tried to explain to her that there is no such a thing as exaltation on command.
And of course I feel exalted.
As I did in the past I will use twenty percent of the prize money (five thousand euro) to sponsor the Dutch translation of a book. This time: Guantanamo and the Abuse of Presidential Power by Joseph Margulies.