A wide degree of autonomy 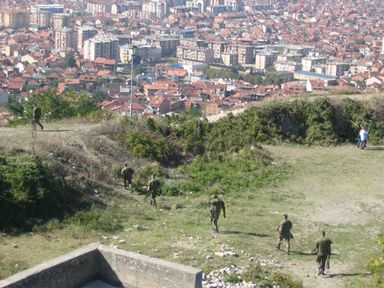 Last fall I traveled to Kosovo to write a series of articles for the Dutch newspaper NRC Handelsblad.
Kosovo had slipped away from newspapers, CNN and the occasional magazine. Another forgotten and discarded place.
Now with the looming independence Kosovo is back in spot light, well spot light, more or less.
The International Herald Tribune reports today: “The UN's special envoy, Martti Ahtisaari, recommended last week that Kosovo move toward independence despite objections from Serbia and Russia.
Vojislav Kostunica, Serbia's acting prime minister, has adamantly refused to accept independence for Kosovo, still legally a Serbian province. He has proposed a wide degree of autonomy. Serbia's president, Boris Tadic, has opposed Ahtisaari's plan as well.”

Nevertheless many years before we are going to see an independent Palestinian state we will witness an independent Kosovo. Or independent, something very close to that, almost independent. See under: Liechtenstein.