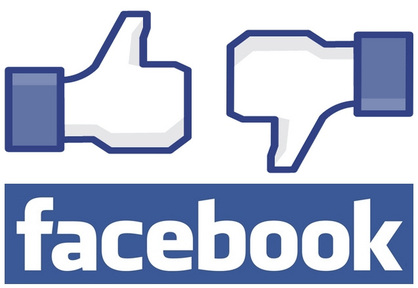 ‘Within the United States, Facebook is a venue for all sorts of issue and political campaigns. And yet, on the site, as a practical matter, what speech is permitted or banned is determined largely by Facebook’s terms of service. The terms function as a corporate constitution binding users to the provider’s conception of what speech is acceptable. My colleague at the New America Foundation, Rebecca MacKinnnon, in her recent book “Consent of the Networked,” calls this realm “Facebookistan.” Once Facebook users sign on and accept the terms of service, their postings are subordinate to the corporation’s rules, for as long as they choose to stay. In a place like Syria, the Facebook rules users encounter are much more permissive than local laws; in the United States, that is not so clear.
You might expect dense legalese, but the terms’ language is clear and soaring, echoing the tones of constitutional documents. Some of the declaratory sentences lay out the commitments by Facebook’s royal “We.” Others describe the obligations of the subject “You.” The terms are organized into sections, like articles. One entitled “Safety” seems to self-consciously echo the Ten Commandments: “You will not bully, intimidate, or harass any user…. You will not post content that: is hateful, threatening or pornographic; incites violence; or contains nudity or graphic or gratuitous violence.” And there is this hint of Facebook’s expansive authority: “You will not encourage or facilitate any violations of this Statement.” The terms obfuscate Facebook’s business strategies in such simple language that the deception—the sense of what is being left out—is almost poetic: “Sometimes we get data from our advertising partners, customers, and other third parties that helps us (or them) deliver ads, understand online activity, and generally make Facebook better.”’

Where exactly would hate speech or pornography begin according to Facebook? I once submitted an article to The New York Times Magazine, and an editor informed me through my agent that the word “nipples” was off limits in a family newspaper.

But then again, Facebook is not a family newspaper.

Steve Coll has valid things to say about Facebook but he forgets to mention that “Facebookistan” is almost everywhere i.e. we are submitted to arbitrary terms of service wherever we encounter service. Ah Facebookistan, you can check out any time you like, but you can never leave.