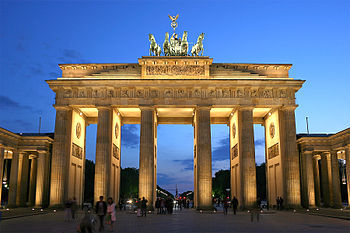 Tim Parks on globalization and literature: “Apart from the immediate repercussions on the book market, where there is now fierce competition between English and Dutch editions of English language novels, the phenomenon suggests a few things about reading and the modern psyche. There appears to be a tension, or perhaps necessary balance, between evasion and realism in fiction, between a desire to read seriously about real things—to feel I am not wasting my time, but engaging intelligently with the world—and simultaneously a desire to escape the confines of one’s immediate community, move into the territory of the imagination, and perhaps fantasize about far away places.”
(…)
“The politically-engaged social novel many European writers (Moravia, Calvino, Sartre, Camus, Böll) were celebrated for writing up to about the 1970s continues in the Anglo-Saxon world, but is fast disappearing in many European countries for the simple reason that people are reading and now perhaps writing rather less about their own societies, and hence novels are less likely to take on national issues. Globalization, it seems, does not homogenize across the board; it may push literature to develop in one way on one side of the Atlantic—or rather the language divide—and in quite a different way on the other.”

Tim Parks makes some provocative and interesting statements about snobbery and the novel as an economic commodity in times of globalization.
We need to take these remarks seriously, but as an inquiry into the taste of readers in Europe his anecdotal evidence might be a tad too anecdotal.
The novel as a tool of escapism is nothing new and the request that novelists should write about their own societies is understandable but also slightly provincial. Not in the last place because we cannot be sure in times of mass migration what exactly is the novelist’s society.

Let’s take for example the South African author Richard de Nooy. He grew up in South Africa, he has been living in Amsterdam for the last 20 years, he started writing in English, but according to his editor he recently switched to Dutch. What’s the society of Mr. de Nooy? And if he suddenly writes a novel that’s set in Finland should we condemn him for trying to please Finnish readers instead of writing about his own society? (Click here for more information on Richard de Nooy.)

Whether the politically-engaged social novel has disappeared in many European countries is an intriguing question. But if this is the case – I’m not completely convinced – this has certainly also to do with the changing political climate in Europe and the rest of the world. Most European authors I know still write about their own societies. Just think about all these German authors – many of them rather successful in Germany – writing about the GDR.

We are still waiting for European or American authors to write the Great Chinese Novel or the Great Tanzanian Novel for that matter.

Isn’t Michel Houellebecq writing politically-engaged social novels, to name just one? Or do we dismiss these novels because they don’t live up to the standards of social democratic idealism?

And what do we know about the contemporary novel in Croatia and Serbia? I bet that the politically-engaged social novel is alive and kicking over there.