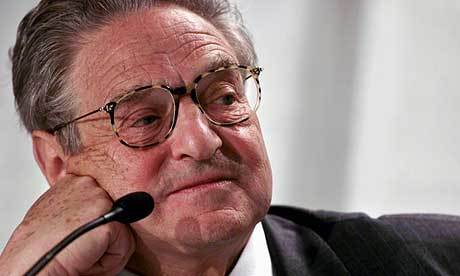 George Soros on the site of The New York Review of Books: “As far as Europe is concerned, Mario Draghi did relieve the credit crunch, which was really beginning to hurt the European economy. So that’s a very important relief. Now there are still problems with Greece, et cetera, but the immediate downward pressure is relieved. And interestingly, you have a counter, positive influence on the global economy from China. Because China is in a period of transition, a new group is taking over later this year or next year. And they are determined to avoid social unrest during this period. So they are now stimulating.
Now the interesting thing is that actually China is facing a need to re-jigger its growth model. It cannot maintain the current rate, because it’s all based on exports and infrastructure investments. And only one-third of the economy is now consumption. So even if you move to stimulate consumption, stimulating one-third while the other two-thirds has to diminish will bring about a slow-down in the growth rate. But that will only come next year. [T]his year, I think the stimulus, the Chinese stimulus, will help the global economy. So the outlook is mixed.”

That's why we have experts, to remind us that the outlook is mixed.