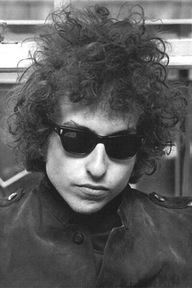 ‘Jonah Lehrer, the staff writer for The New Yorker who apologized in June for recycling his previous work in articles, blogs and his best-selling book “Imagine,” resigned from the magazine, he said in a statement.
Mr. Lehrer faced new questions about his work on Monday in an article in the online magazine Tablet that reported that he had admitted to fabricating quotes attributed to Bob Dylan in “Imagine,” a nonfiction book published in March by Houghton Mifflin Harcourt.
“Three weeks ago, I received an email from journalist Michael Moynihan asking about Bob Dylan quotes in my book ‘Imagine,’ ” Mr. Lehrer said in a statement. “The quotes in question either did not exist, were unintentional misquotations, or represented improper combinations of previously existing quotes. But I told Mr. Moynihan that they were from archival interview footage provided to me by Dylan’s representatives. This was a lie spoken in a moment of panic. When Mr. Moynihan followed up, I continued to lie, and say things I should not have said.” “The lies are over now. I understand the gravity of my position. I want to apologize to everyone I have let down, especially my editors and readers. I also owe a sincere apology to Mr. Moynihan. I will do my best to correct the record and ensure that my misquotations and mistakes are fixed. I have resigned my position as staff writer at The New Yorker.” Michael C. Moynihan, the author of the Tablet article, wrote that he had questioned Mr. Lehrer about quotes that appeared in “Imagine” that Mr. Moynihan could not verify.
In a statement, the editor of The New Yorker, David Remnick, said: “This is a terrifically sad situation, but, in the end, what is most important is the integrity of what we publish and what we stand for.” Lori Glazer, a spokeswoman for Houghton Mifflin Harcourt, said the publisher is “exploring all options” regarding the book.’

Exploring all options? I hope the book will be re-issued as a novel within a couple of weeks.

If famous and celebrated politicians have ghostwriters, why should Bob Dylan not use the services of a talented writer?

I haven’t found my ghostwriter yet, but I admit that I expect him/her to be a nurse as well.

(The apologies in these cases are always so painful. Mr. Lehrer should have said: “Bob Dylan forced me to lie. He turned out to be so incredibly dull. Of course it's fiction, but what isn't?”)