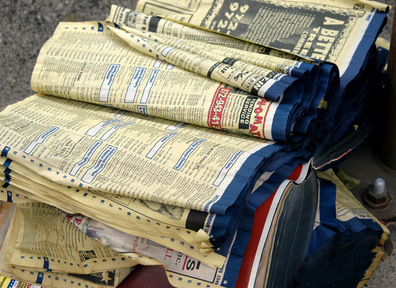 Back in 2003 I acted in a commercial for the phonebook. (We are speaking about Dutch television here.) The financial rewards were sufficient to convince me that I should sacrifice two days of writing for a commercial, but that’s not what is important now.
For one of my columns I wrote a letter to the assistant director of this commercial, a man named Dirk Achten. (This column consists of letters to all kind of people, sometimes even dead people.)
Four years later my publishing house got a phone call from Mr. Achten. He was going to New York and he suggested we meet for a cup of coffee.
I don’t like playing hard to get, so tonight we met for a cup of tea.
Even now I’m not sure what Mr. Achten expected. Did he hope for love, friendship, a serious talk about the war, any war? I left after one hour and I pray I didn’t disappoint my old acquaintance.
I hate to disappoint people.