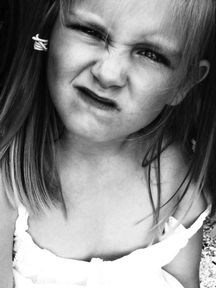 The madness in Florida – and I’m convinced Florida is not the exception – is not limited to sex offenders, NY Times columnist Bob Herbert writes today: ‘When 6-year-old Desre’e Watson threw a tantrum in her kindergarten class a couple of weeks ago she could not have known that the full force of the law would be brought down on her and that she would be carted off by the police as a felon.
But that’s what happened in this small, backward city in central Florida. According to the authorities, there were no other options.
“The student became violent,” said Frank Mercurio, the no-nonsense chief of the Avon Park police. “She was yelling, screaming — just being uncontrollable. Defiant.” “But she was 6,” I said.
The chief’s reply came faster than a speeding bullet: “Do you think this is the first 6-year-old we’ve arrested?”’