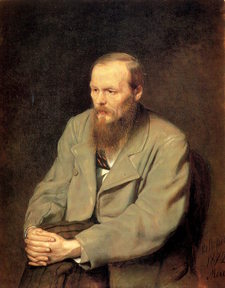 ‘What the poets of the ancient world feared most was exile, alienation from their community. This was the punishment of Seneca, Ovid, Catullus, and many others. It wasn’t that they were incapable of learning another language and addressing another community; just that it made little sense to do so. Their work had meaning in relation to the community to which they belonged.

We still feel this is the normal model today for literature. At the Nobel level it is very unusual to give the prize to a writer who has not already won the laurels in his own country. For popular fiction, Stephen King, Dan Brown, J.K. Rowling, and Stieg Larsson all follow a similar pattern: A book is phenomenally successful at home, other countries buy into it (which can happen very rapidly now), as the sales mount up a promotions machine gears up to support them, projecting the same image of the author worldwide as was projected at home. The effect is to sever the umbilical chord, if not the relationship, with the home community. Writers like Dan Brown and J.K. Rowling cannot be exiled. They have readers everywhere.
But globalization is not uniform, and not always so kind. It can happen that a writer remains absolutely trapped in his local community, perhaps well known for a restricted group, but unable to project him or herself outside it. I think of the fine South Tyrolese novelist Joseph Zoderer, who yearns to be an international novelist and has had his work translated in some countries, but never in English, and who finds himself constantly labelled as the Tyrolese writer. To publish successfully he has to write towards this community; when he seeks to write about matters outside it, neither his own community nor the outer world are interested. Likewise there are many writers from ex-colonies or simply the developing world who find they have to address the western world about their now distant home; publishers are immediately less interested if they seek to address other issues (I have heard this from a successful young Chinese novelist in London, and from a Surinamese in Holland). I say “have to” with the implied condition, if they want to be well and traditionally published. It is our desire for money and celebrity that binds us.

This reality is in sharp contrast with the rhetoric that surrounds creative writing today. If asked, most writers will say they they write only for themselves and are not aware of, let alone swayed by an audience. An ideal notion of globalization, then, posits this sovereign individual, who enjoys a consistent and absolute identity, above any contamination from those who buy his work, selling the product of his or her genius to a world that is able to receive it and enjoy it in the same way everywhere. So individualism and globalization go hand in glove. The idea that we are absolutely free of any community permits us to engage with all people everywhere. This is why so much international literature is about freedom and favors rebellions against institutions.
But the experience of the writer addressing a multiplicity of separate audiences—or perhaps using pseudonyms for certain kinds of writing in contrast with the work published under his or her own name—belies this myth. Indeed, as the years go by I begin to suspect that it is precisely in positing themselves as outside community, uninfluenced by the collective, that writers are in fact accepting to fill a part that the modern community has dreamt up for them: the one who allows us all to believe that freedom and absolute identity outside the community are possible.’

Perhaps contemporary novelists and the people and machineries surrounding these novelists are a bit too much in love with the myth that the novelist is the perpetual outsider. A couple of years Ian Buruma warned against the habit of romanticizing exile, and rightly so.
The myth of the novelist as the perpetual outsider goes hand in hand with the myth of the novelist as a sage. Unfortunately not too many novelists are up to this task these days, it’s rather hard work to be a believable sage. And needless to say, probably the mask of the rebel many novelists are so fond of wearing is in reality not much more than conformism with a (more or less) spicy sauce. (To avoid misunderstandings, I’m talking about the Western world.)

But even if we accept the idea that the Western world is not one community doesn’t this imply that also the American, German or Dutch communities are less homogenous than we might think?

To be concrete, let’s imagine an American reader who loves serious fiction; he admires Dostoevsky and Sebald, DeLillo and Thomas Bernhard.
We expect this man (or woman) to be liberal, probably a Democrat, pro-choice, against guns.

We cannot imagine that a gun-loving man, living on a farm in South Carolina, hating the federal government actually devours Sebald and Dostoevsky on a daily basis.
Perhaps, this is a lack of imagination or perhaps this kind of man doesn’t exist.

In other words: are the people who buy and read serious fiction representative of the communities (the countries) they are living in?

My answer would be: no, not so much.

But I hope that I’m wrong.