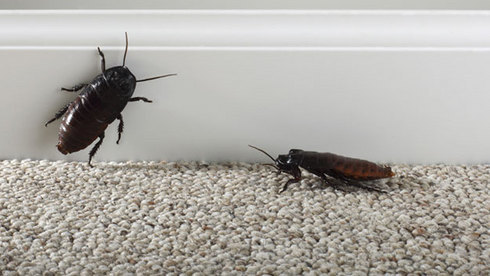 ‘Smith’s previous novels have been exuberantly plotted, and were resolved in a highly “novelistic” way. This book is much more tentative and touching in its conclusions. In an essay called “Two Paths for the Novel,” Smith has challenged what she calls the unexamined credos upon which realism is built: “the transcendent importance of form, the incantatory power of language to reveal truth, the essential fullness and continuity of the self.” None of these things make sense on the streets of northwest London. “NW” represents a deliberate undoing; an unpacking of Smith’s abundant narrative gifts to find a deeper truth, audacious and painful as that truth may be. The result is that rare thing, a book that is radical and passionate and real.’

And Ruth Franklin in TNR: 'In an essay about Kafka published in these pages, Smith expressed skepticism about what David Foster Wallace once called “the central Kafka joke—that the horrific struggle to establish a human self results in a self whose humanity is inseparable from that horrific struggle. That our endless and impossible journey towards home is in fact our home.” She comments sardonically that “such an awfully rigorous joke loses much of its humor in the telling.... The laughs get even thinner when we try to employ ‘Kafka’s joke’ for our own aesthetic practice or as a way to comprehend our daily lives.” Yet this is precisely what Smith is doing in her new novel. Her characters’ endless and impossible journey toward establishing their identity turns out to be their identity. And the same may be true of Smith as a writer.

"Kafka’s Jewishness was a kind of dream, whose authentic moment was located always in the nostalgic past. His survey of the insectile situation of young Jews in Inner Bohemia can hardly be improved upon: “With their posterior legs they were still glued to their father’s Jewishness, and with their waving anterior legs they found no new ground.” "Alienation from oneself, the conflicted assimilation of migrants, losing one place without gaining another.... This feels like Kafka in the genuine clothes of an existential prophet, Kafka in his twenty-first-century aspect (if we are to assume, as with Shakespeare, that every new century will bring a Kafka close to our own concerns). For there is a sense in which Kafka’s Jewish question (“What have I in common with Jews?”) has become everybody’s question, Jewish alienation the template for all our doubts. What is Muslimness? What is femaleness? What is Polishness? What is Englishness? These days we all find our anterior legs flailing before us. We’re all insects, all Ungeziefer, now."

Kafka’s lines are cruel. It is an ugly image: the Mitteleuropäisch Jew flailing around with his legs in the air, unable to set them down on firm ground. (Certainly a lot more could have been said about the Central European Jew.) But if this is the condition of Smith’s characters—she leaves little doubt that it must have been in the back of her mind while she was writing this book—it is also the condition of her novel. It, too, is an exile in search of a home, its posterior legs glued to realism, and its anterior legs waving helplessly in the air.'

‘This method is repeated over and over; it is the novel’s dominant stylistic tic. At one point Natalie and Frank’s acquaintances are “intimately involved with the lives of a group of African-Americans, mostly male, who slung twenty-dollar vials of crack in the scrub between a concatenation of terribly designed tower blocks in a depressed and forgotten city.” A pair of young men Natalie meets online introduce her to a website “like roulette.... You click and a human being appears, in real time. Click again. Click again.” The point of leaving out the proper nouns, it seems, is to force us to provide the context ourselves, from our own experience; in this way we admit our complicity in the society that it describes. We, too, know people who have dinner parties where “everyone comes together for a moment to complain about the evils of technology, what a disaster, especially for teenagers, yet most people have their phones laid next to their dinner plates. Pass the buttered carrots.” If we are honest, perhaps we will admit that we are those people.’

‘Two voices in one mouth need not be cacophony; they can also be polyphony. But if they are cacophony, so what? If they are the voice of the mind and the voice of the heart, they must, in one way or another, coexist. Perhaps Smith will next attempt to join the voices, and prefer the dissonance to the blueprint, in her endless and endlessly interesting journey toward an identity as a writer.’

Once, I read together with Anne Enright at a festival in Canada. I was impressed by her story and her performance. And years before that event we were together at a festival in Croatia where she made some intelligent remarks about pornography and women.

I would say that Kafka’s question is of course also a literary question: what have I in common with other authors?

Perhaps we should look for “Ungeziefer” among the authors. In literary circles often those authors who sell well but have no or little literary merit are looked down upon. An author like Paulo Coelho, immensely popular but trashy, pops up rather frequently in literary essays as “the enemy”. (I never read Coelho; maybe he is better than “we” think he is.)

It cannot be that we are all “Ungeziefer” because then Kafka’s question would have been answered. (Obviously, this is not the case and will never be the case.)

And can you be “Ungeziefer” while your cell phone is laid next to your buttered carrots?

Maybe even more important: how much home do you need?