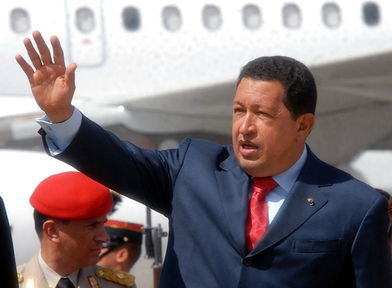 ‘For most people who have heard or read about Hugo Chávez in the international media, his reelection on Sunday as president of Venezuela by a convincing margin might be puzzling.
Almost all of the news we hear about him is bad: He picks fights with the United States and sides with “enemies” such as Iran; he is a “dictator” or “strongman” who has squandered the nation’s oil wealth; the Venezuelan economy is plagued by shortages and is usually on the brink of collapse.
Then there is the other side of the story: Since the Chávez government got control over the national oil industry, poverty has been cut by half, and extreme poverty by 70 percent. College enrollment has more than doubled, millions of people have access to health care for the first time and the number of people eligible for public pensions has quadrupled.
So it should not be surprising that most Venezuelans would reelect a president who has improved their living standards. That’s what has happened with all of the leftist governments that now govern most of South America. This is despite the fact that they, like Chávez, have most of their countries’ media against them, and their opposition has most of the wealth and income of their respective countries.
The list includes Rafael Correa, who was reelected president of Ecuador by a wide margin in 2009; the enormously popular Luiz Inácio Lula da Silva of Brazil, who was reelected in 2006 and then successfully campaigned for his former chief of staff, now President Dilma Rousseff, in 2010; Evo Morales, Bolvia’s first indigenous president, who was reelected in 2009; José Mujica, who succeeded his predecessor from the same political alliance in Uruguay — the Frente Amplio — in 2009; Cristina Fernández de Kirchner, who succeeded her husband, the late Néstor Kirchner, winning the 2011 Argentine presidential election by a solid margin.
These leftist presidents and their political parties won reelection because, like Chávez, they brought significant — and in some cases huge — improvements in living standards.’

I’m not the biggest fan of Chávez, nevertheless Weisbrot’s article sounds reasonable to me.

Weisbrot claims that Chávez managed to cut poverty by half in Venezuela, and extreme poverty by 70%.

But what are the numbers for Argentina, Bolivia and Ecuador? And should we call Lula da Silva a leftist?