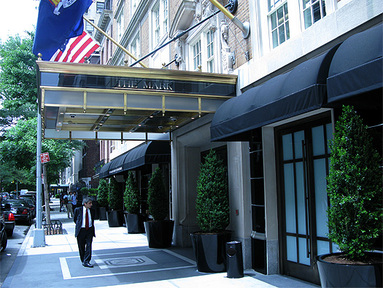 Around 8 o’clock the power went out below 39th Street. Unfortunately I live just south of 39th Street.
I was supposed to leave tonight for Amsterdam but my flight obviously was cancelled. I was rebooked on a flight for tomorrow, Tuesday, via Boston, but that flight got cancelled as well. Then I was booked on a flight via Paris, leaving JFK at 11:30 PM on Tuesday night. But that flight got also cancelled.
Without electricity I couldn’t work.
I went out for a walk, then I called The Mark (a hotel where once I washed a lady’s hair) and I made a reservation for two nights. The prices were steep, but this was an emergency, I didn’t want to become lazy just because Sandy had hit the northeast.