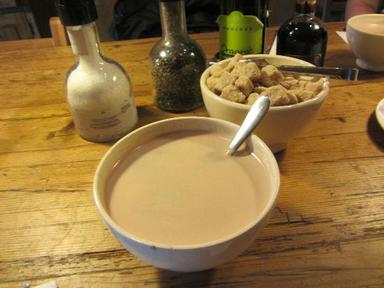 This morning at Pain Quotidien at the corner of 34th and Park four young women and a young man were having breakfast. They were all in their late twenties, good-looking, professionals probably.
Their laptops were open, I assume they were having a business meeting, but there was a lot of laughter, at least among the women – the man was rather silent.
Suddenly he said something.
There was an awkward silence.
The women looked at the man, the way you look at a child. Then they continued their conversation.