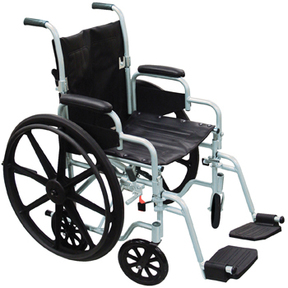 Every five years or so irony should be attacked. If this doesn’t happen something is wrong.
In Sunday’s Times Christy Wampole made a respectful attempt.
She writes: “If irony is the ethos of our age — and it is — then the hipster is our archetype of ironic living.
The hipster haunts every city street and university town. Manifesting a nostalgia for times he never lived himself, this contemporary urban harlequin appropriates outmoded fashions (the mustache, the tiny shorts), mechanisms (fixed-gear bicycles, portable record players) and hobbies (home brewing, playing trombone). He harvests awkwardness and self-consciousness.”

I have to admit that I don’t know anybody who is playing trombone or does home brewing on a regular basis.

Readers of this blog, are you playing the trombone? Are you homebrewer? Or both? Contact me at your earliest convenience. I’m in desperate need of a hipster among my acquaintances.
No irony. This is old-fashioned sincerity.

Wampole also writes: “Throughout history, irony has served useful purposes, like providing a rhetorical outlet for unspoken societal tensions. But our contemporary ironic mode is somehow deeper; it has leaked from the realm of rhetoric into life itself. This ironic ethos can lead to a vacuity and vapidity of the individual and collective psyche. Historically, vacuums eventually have been filled by something — more often than not, a hazardous something. Fundamentalists are never ironists; dictators are never ironists; people who move things in the political landscape, regardless of the sides they choose, are never ironists.
Where can we find other examples of nonironic living? What does it look like? Nonironic models include very young children, elderly people, deeply religious people, people with severe mental or physical disabilities, people who have suffered, and those from economically or politically challenged places where seriousness is the governing state of mind.”

“Here is a start: Look around your living space. Do you surround yourself with things you really like or things you like only because they are absurd? Listen to your own speech. Ask yourself: Do I communicate primarily through inside jokes and pop culture references? What percentage of my speech is meaningful? How much hyperbolic language do I use? Do I feign indifference? Look at your clothes. What parts of your wardrobe could be described as costume-like, derivative or reminiscent of some specific style archetype (the secretary, the hobo, the flapper, yourself as a child)? In other words, do your clothes refer to something else or only to themselves? Do you attempt to look intentionally nerdy, awkward or ugly? In other words, is your style an anti-style? The most important question: How would it feel to change yourself quietly, offline, without public display, from within?”

Shame on you, ironic, ugly people.