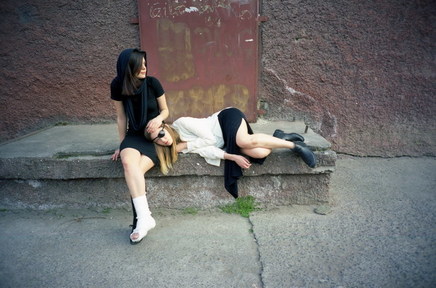 From the Learning Network, Teaching and Learning with The New York Times

In a piece called “How People Change,” the Op-Ed columnist David Brooks quotes a now-famous e-mail sent by Harry Crews, a disappointed British father, to his three grown children.
Mr. Crews notes his children’s failed marriages and lack of careers and writes, “It is obvious that none of you has the faintest notion of the bitter disappointment each of you has in your own way dished out to us.” He finishes his e-mail with “I want to hear no more from any of you until, if you feel inclined, you have a success or an achievement or a REALISTIC plan … to tell me about.” Mr. Brooks then writes: That e-mail, released by one of his daughters hoping to get publicity for a book she is translating, has made Crews a hugely popular folk hero in Britain. Many parents are apparently delighted that someone finally had the gumption to give at least one set of overprivileged slackers a well-deserved kick in the pants.
The problem, of course, is that no matter how emotionally satisfying these tirades may be, they don’t really work. You can tell people that they are fat and that they shouldn’t eat more French fries, but that doesn’t mean they will stop. You can make all sorts of New Year’s resolutions, earnestly deciding to behave better, but that doesn’t mean you will.
People don’t behave badly because they lack information about their shortcomings. They behave badly because they’ve fallen into patterns of destructive behavior from which they’re unable to escape.
Human behavior flows from hidden springs and calls for constant and crafty prodding more than blunt hectoring. The way to get someone out of a negative cascade is not with a ferocious e-mail trying to attack their bad behavior. It’s to go on offense and try to maximize some alternative good behavior. There’s a trove of research suggesting that it’s best to tackle negative behaviors obliquely, by redirecting attention toward different, positive ones.
It’s foolish to imperiously withdraw and say, come back to me when you have a plan. It’s better to pick one area of life at a time (most people don’t have the willpower to change their whole lives all at once) and help a person lay down a pre-emptive set of concrete rules and rewards. Pick out a small goal and lay out measurable steps toward it.
Students: Tell us …

How much in general do you think people can change? What examples, from your own life or the lives of others, can you offer to support your point of view? What do you think are the best ways to help others change? Do you agree with Mr. Brooks that attacking bad behavior doesn’t work? Why or why not? Are there things about yourself you would like to change? What “measurable steps” might you take toward it?’

I guess the issue is not so much about change, as well about following certain rules that society wants us to follow.

Perhaps every citizen should be provided with a coach.

But above all I’d like to add the following questions: