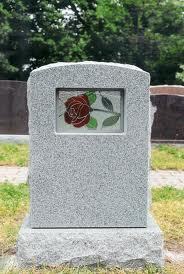 ‘More than a decade ago, the economists Barry Eichengreen and Ricardo Hausmann named the emerging markets’ inability to borrow abroad in their local currency as “original sin”.
Professor Hausmann, who teaches economics at Harvard University and is a former Venezuelan planning minister, felt Christianity’s doctrine of ancestral sin was a fitting metaphor: “It seemed to be a huge, persistent problem that all emerging markets were born with, and had remarkable problems getting rid of,” he says.

Original sin is pernicious. Borrowing in foreign currencies can both trigger and exacerbate financial and economic crises. When a country’s debts are denominated in foreign currencies, it forces policy makers to keep exchange rates pegged or heavily managed. If the rate buckles, the authorities have to burn through valuable reserves and raise interest rates to protect the value of the local currency – even in the midst of a recession if necessary.
Almost inevitably, the peg breaks, the local currency tumbles, the foreign currency-denominated debt burden becomes too great and a destructive government default ensues.
For example, only a humbling, US-directed bailout prevented Mexico from defaulting on its dollar-indexed Tesebonos bonds during the 1994 “Tequila Crisis” that followed a sharp devaluation of the peso. Many similar crises across the world had even more devastating outcomes.’

The article is worth reading, but I was especially intrigued by the first paragraph: “At the nadir of Russia’s 1998 financial crisis, impoverished workers were paid with anything at hand. Yukos oil workers were once paid in television sets. Teachers in Voronezh were less fortunate – at one point they received tombstones on payday.”

As long as we don’t receive tombstones instead of money on payday we should not insist that we are in the midst of a crisis.