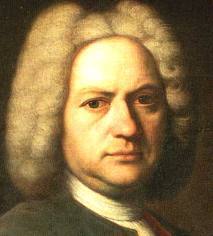 My friend Eric Schliesser alerted me to his entry about Coetzee and the question what’s a classic?

‘In "What is a Classic?," Coetzee teaches -- by way of portraying T.S. Eliot as (what I call) a false philosophic prophet -- that one of the essences of being a classic work is that it invites critical reflection and this is, in fact, it's way of going on living. One is proven to be a classic if one can survive ongoing critical scrutiny. The notion of "proof" at play is the one associated with assaying (not: deductive demonstration). To be clear: Coetzee's is self-consciously a "rescue" mission with regard to the notion of a literary classic; in his essay, he contrasts the sickly state of affairs in literature with what he imagines to be a "healthier" state of affairs in (classical) music. For, Coetzee imagines that ongoing assaying is the norm in classical music. In his essay, he explores the virtues of an (esoteric) practice of criticism by expert practitioners and cultivated amateurs--in classical music this involves, for example, (a) study and performance in small circles relatively untouched by the larger public's fashions and (b) the teaching of advanced students; it can also involve (c) learned commentary/criticism or (d) sophisticated emulation by way of creative imitation or rewriting. Coetzee thinks that (compared to classical music) literature is at a disadvantage because it lacks the infrastructure that creates the ongoing demanding cultivation of writers and their audience (so literature lacks the literary equivalent of (a) & (b) [thereby Coetzee implicitly damns writing programs as presently constituted]). I read Coetzee, in part, as explaining and justifying the significance to him and his field of his literary essays and his literary attempts at creative re-telling of classics as well as, in part, trying to get other writers to join him in these rescue efforts.’

In my memory the emphasis in Coetzee’s essay about the classic is on survival. A classic is a piece of art that survives, of course this miraculous act of survival is more than sheer luck – that’s what makes it so different from human survival, which is more often than not a matter of luck – but luck does a play a role. What would have happened to the legacy of Kafka if Brod had burnt Kafka’s texts? Schliesser emphasizes assaying – survival in art consists of an ongoing critical dialogue with an audience. But is the comparison between a classical novel (or tragedy) and classical music fair? I would argue that we don’t need that much background information to appreciate classical music, whereas we need a bit of context to admire let’s say “Antigone”.
Music is more like an animal in the zoo; we can enjoy the animal, even if we don’t know anything about it. Literature is more like a painting in a museum; we need a bit of background information to really understand and appreciate the painting.
Schliesser claims that Coetzee urges philosophers to rewrite the books of philosophy. But in one of his letters to Paul Auster Coetzee declares that fiction that doesn’t try something that hasn’t been tried before bores him.
Let’s put aside the philosophers, Coetzee urges novelists to be more than stewards of the tradition. To keep the classics alive is just postponing death, and for Coetzee this isn’t enough. Slowly dying is also dying.