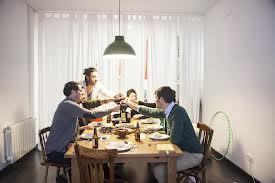 I may have missed the best of Barcelona. Dan Bilefsky in Thursday’s Herald Tribune:

‘On a secluded street in a dimly lit basement here, Mikio, a Japanese-Chilean filmmaker, restaurateur and sometime professional clown, warns a small group of diners to clap raucously and sing “Happy Birthday!” should the police barge into his clandestine restaurant, Nikkei.
Mikio, 39, is determined to create the illusion of a private gathering of friends at his postmodern speakeasy. The basement is decorated with black-and-white photographs of his grandparents. Even a toothbrush is displayed in the bathroom. He runs the place off the books and takes only cash. “Please don’t use my last name,” he said, smiling nervously. The owner of the space, an independent film company, has no idea what he is up to, he said.
Economic hardship has inspired a full range of clandestine entrepreneurship in Spain. The combination of higher taxes and unemployment has pushed desperate Spaniards to convert their apartments and underused lofts and warehouses into jazz clubs, hair salons, restaurants and even flamenco halls. The venues typically have no listed addresses and are found through word of mouth or on Facebook and Twitter.
But underground restaurants seem to be among the most popular among the clandestine offerings, and though they are not new in Barcelona, or many other cities around the world, their purveyors say they are providing a needed refuge in a country with 25 percent unemployment where even Michelin-starred restaurants have been forced to close under economic pressure.
Indeed, Mikio said he got the idea for Nikkei, which opened last year, when he lived a few years ago in Cuba, where dining at paladares, or underground restaurants in peoples’ homes, was a popular way to bypass the authorities and make some money.
“To begin with I did it for fun and to make extra money and because people need innovative low-cost options in a bad economy,” said Mikio, a wiry and jovial man who heralded each new course by ringing a loud bell made of metal from his family’s armament factory back in Japan. “But I prefer to think of it as a social gathering rather than a business.”’

The future of business is the social gathering.

We used to call it work, soon we will call it a social gathering.