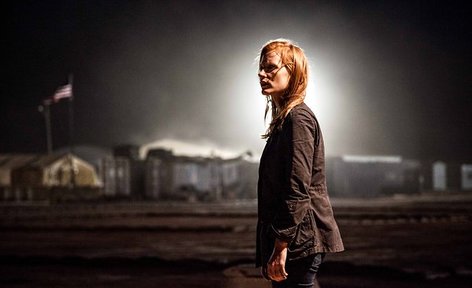 The other night I came back from a lavish party in Queens and I shared a car service with a few people to Manhattan.
We started talking about the movie “Zero Dark Thirty”. Most of my fellow partygoers in the car believed that the movie condoned or even promoted torture.
I thought that the movie was ambiguous about torture, but I could even go farther and say that the movie is very much attacking the idea of torture for a good cause.
The CIA operatives in this movies are dehumanized, the female lead (Jessica Chastain) doesn’t have a family, doesn’t have family connections, doesn’t have a sex life. She is a machine. Yes, she has a mission, but since she is a machine, it’s not the mission that matters – it’s accomplishing the mission that counts. Any mission, moral, immoral, it doesn’t matter.
Whereas Bin Laden has a family, he has a wife, alas he has more than one, he is connected to other people.
The other, i.e. the terrorist, the prisoner, appears to be more human than the middle class Americans fighting terror.
Whether or not this is what Bigelow wanted to say is not important, it’s what the movie is telling us. It’s what makes this movie interesting.