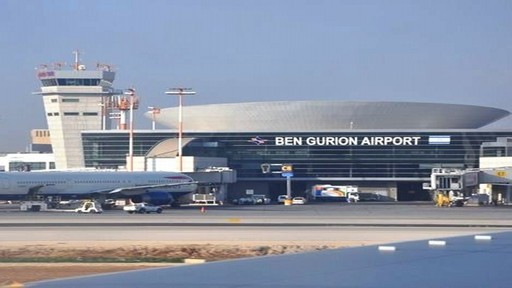 ‘An American citizen who teaches English in Ramallah was denied entry to Israel at Ben-Gurion International Airport Tuesday, even though she has a valid one-year multiple-entrance visa.
The Shin Bet security service said in a statement she was turned her away for refusing to cooperate under questioning on security issues.
Nour Joudah, 25, is the daughter of Palestinians who became naturalized citizens of the United States. Her father, a retired history professor, was born in Ashdod. She has visited the country several times, both with her parents and without them. She teaches full-time at the West Bank City of Ramallah's Friends School, which is run by the Quakers (Friends United Meeting), a Christian religious order headquartered in Indiana.
In August 2012, Joudah received a three-month entrance visa after reporting the purpose of her arrival – to teach and live in Ramallah. In September, she received a visa from the Interior Ministry that allowed her multiple entrances and exits from the country for a year. Her request for the visa was submitted through USAID, the American international aid agency.’

‘In response to a request for comment, the Shin Bet said in a statement, "An American citizen whose family comes from the Gaza Strip was refused entry on Jan. 5 after failing to cooperate under questioning on security-related matters. After it was made clear to all involved that if she cooperated her entry would be considered, she returned on Feb. 25 for additional questioning. On this occasion too she refused to cooperate to the extent required, and her entry was refused."’

Apparently, some people can enter Israel only if they are willing to work for the Shin Bet.

There used to be beggars on the street with signs like: “Will work for food.”

Now we can expect people at airports with signs like: “Will spy on my people for an entry visa.”