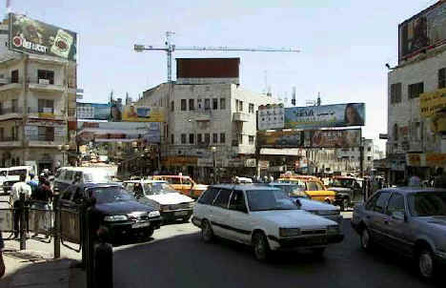 Amira Hass is an excellent and courageous journalist.
Her piece on the Israeli crackdown on Palestinian mobility, published in Ha’aretz, is very much worth reading:

‘The chronology is important here − I’ve repeated it countless times and will repeat it countless more times − because local readers like to think that the blanket prohibitions on Palestinian mobility were a response to the suicide attacks from 1994 on. That is not the case.
It began in January 1991, on the eve of the Gulf War. The Israel Defense Forces GOC Central and Southern Commands then revoked an earlier order, from the 1970s, of a “general exit permit to Israel” − in other words, one that allowed the Palestinian residents of the occupied territory to enter Israel, and move freely within its borders and between the Gaza Strip and the West Bank.
Initially, the revocation was interpreted as something temporary, a preventive measure during the unclear period of wartime. But after a lengthy curfew, the residents of the Strip woke up to a new reality. If up until 1991 Israel had respected ‏(for reasons of its own‏) the right to freedom of movement for all Palestinians, but withheld it from a few people, after 1991 the situation was reversed: Israel denied all Palestinians ‏(those in the West Bank as well‏) the right to freedom of movement, aside from a few groups and numbers that it determined.
Since then, this is the rule in effect, aside from shifts in the various categories and specific numbers of those permitted to leave. The expectation that signing the transfer of powers from the Civil Administration to the Palestinian Authority in May 1994 would restore freedom of movement was soon dashed. That was the first clear sign.
Incarceration within the Gaza Strip bagged several birds during this process of subjugation: 1. Separation and creation of distance between senior officials and ordinary folks by granting “generous” mobility permits to a select class of Palestinians; 2. Freedom of movement for senior PA officials who came from abroad and gave no thought to the reality that existed before, without a need for permits, and to several prisoners who had been released and positioned themselves high in the PA leadership; 3. Satisfying the PA and then PLO leader Yasser Arafat’s sense of pseudo-control − closing the crossings and requesting permits necessitated coordination between the Civil Administration and its Palestinian twin ‏(the Ministry of Civil Affairs‏); 4. Giving the PA a chance to develop the commercial monopolies of its people and cronies − by sheer dint of the need to coordinate exits between the PA and Israel; 5. Most important of all: Severing the society in Gaza from that of the West Bank. In other words, undermining the basic condition for a Palestinian state, in both parts of the territory conquered in 1967.
Just how important and deliberate that fifth step was may be gleaned from two other signs. Under the Oslo Accords, the PA has the power to change a person’s home address on his or her identity card, and only has to report the change to the Civil Administration ‏(as the representative of Israeli’s Interior Ministry‏), which enters the new details in the database of its Population Registry. But in 1996, it emerged that Israel was refusing to register address changes from Gaza to the West Bank.’