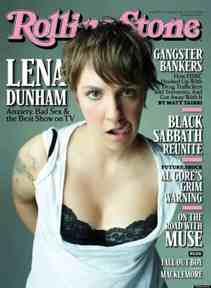 More on “Spring Breakers”, this ironic essay by J. Hoberman is worth reading:

Hoberman again: “Korine has enjoyed a healthy career as a provocateur and Spring Breakers, however extravagantly prurient, marks his entry into middle-age; it feels mature. Korine hasn’t exactly aged out of nihilism but the movie’s production values do suggest the work of a man with a career to maintain and a producer’s investment to protect. It’s been eighteen years since Korine wrote his first screenplay, Kids (1995), the avid exposé of unprotected, young teen sex in New York City during the AIDS crisis directed by photographer Larry Clark. Korine’s subsequent movies Gummo (1997) and julien donkey-boy (1999), both made before he turned twenty-six, were more deliberately off-putting, candy-colored freak shows alternately disgusting or stupefying.
After furnishing Clark with another script, Ken Park (2002), that revisited the world of addled teens, this time in suburban California, the enfant terrible laid low before showing his sensitive side with Mr. Lonely (2007), a tepid, French production in which a Michael Jackson impersonator has a fleeting romance with an ersatz Marilyn Monroe. This was followed by the movie I regard as his best, the daringly low-tech Trash Humpers (2009), purportedly a deteriorated VHS tape of inane acting-out in a derelict landscape, in which a cadre of supposedly geriatric punks, often in wheelchairs, stage a sort of desecratory anti-social guerrilla theater.”

It’s good to remember that Korine is hardly the one who enjoyed a healthy career as provocateur – although it seems that mainstream appetite for provocation is satisfied – and any career depends on the laws of finance and economy. There is always an investment to protect. Provocation itself is an investment.

Hoberman compares Korine to Lena Dunham, the writer and of the HBO series “Girls”. I haven’t seen “Girls” yet, but according to Hoberman Dunham is a more accomplished provocateur than Korine, and the essential connection between the two is their “programmatic use of the nubile body”.

Isn’t all our culture about “the programmatic use of the nubile body”?

Anyhow, Hoberman points out that both Korine and Dunham have a bourgeois background. No provocation without the bourgeois. Perhaps we should say that production of provocateurs is one of the more important achievements of the bourgeois.

Hoberman’s piece is very much proof of this. We grew tired of nihilism, we will never grow tired of nubile bodies.