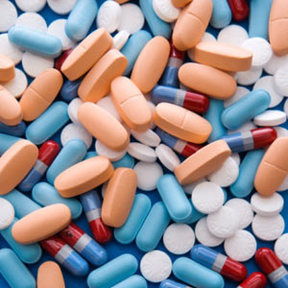 Richard A Friedman in the Times:

“The data suggest that military doctors may prescribe psychoactive drugs for off-label use as sedatives, possibly so as to enable soldiers to function better in stressful combat situations. Capt. Michael Colston, a psychiatrist and program director for mental health policy in the Department of Defense, confirmed this possibility. In an e-mail to me, Dr. Colston acknowledged that antipsychotic drugs have been used to treat insomnia, anxiety and aggressive behavior.”

“There is an analogy, perhaps, between the military’s use of psychoactive drugs and the practice of pumping athletes full of steroids so they can continue to compete despite physical pain; athletes — and also soldiers — whose performance is chemically enhanced in this way may, however, unwittingly sustain more serious injuries as a result.
Perhaps silence about the psychoactive drug canteen the military has been operating overseas is connected with public ignorance about the use and possible misuse of drugs within the military. But it is clear that we need a rigorous investigation of mental health treatment protocols in the military. Serious investigation depends on the military’s cooperation and willingness to be transparent.”

Perhaps we should cancel the results of a war when it is discovered that soldiers have improperly used performance-enhancing drugs.

Fair play in war and in sports should become a human right.