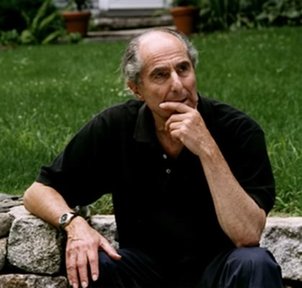 The London Review of Books published two poems by Frederick Seidel in the April 11 issue. One of the poems is titled “To Philip Roth, for His Eightieth”.

Here is the beginning of this poem: “I’m Mussolini,  And the woman spread out on my enormous Duce desk looks teeny.  The desk becomes an altar, sacred.  The woman’s naked.”

Now, some of you may be tempted to write a poem in my honor when I’ll turn 85 or 90 (inshallah) and I don’t want you to discourage from doing this. But please, leave Mussolini out of it. And neither mention the Führer.