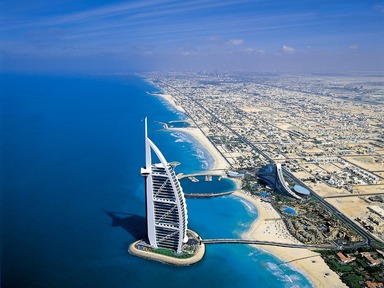 ‘For Dr. Cyril Karabus, it was a routine job, albeit in an exotic location. For six weeks in 2002, he filled in for another doctor in Abu Dhabi, lured like many other foreign professionals by the big paychecks that doctors, bankers, lawyers and architects can earn in the United Arab Emirates and other Persian Gulf nations.
A decade later, while Dr. Karabus was passing through Dubai on his way home to South Africa after attending his son’s wedding in Canada, officials abruptly arrested him, calling him a murderer and hauling him away from his stunned wife.
For more than seven months, Dr. Karabus, 78, a pediatric oncologist, has been trapped in the United Arab Emirates, fighting charges of manslaughter and forgery linked to his treatment of a 3-year-old patient with a severe form of leukemia who had died under his care.
Unbeknown to him, Dr. Karabus had been convicted in absentia in 2003 and sentenced to three years in prison, a stark example of foreign professionals who are drawn to the gulf only to get caught up in Emirati justice. He would be tried again, the authorities told him, according to his daughter, Dr. Sarah Karabus, this time facing the charges in person. Even after a medical committee concluded that he had done nothing wrong and a judge acquitted him of all charges on March 21, Dr. Karabus remains in the emirates, unable to fly home because the prosecution has decided to appeal the judge’s decision.
Foreigners have long faced unexpected legal trouble in the emirates, where the legal system often differs considerably from what they expect at home. In 2012, a British woman and an Irish man were convicted of having sex on a Dubai beach in violation of the country’s strict morality laws and sentenced to three months in prison. Bouncing a check in Dubai is also a criminal offense, landing some in jail and spurring some expatriates in financial trouble to flee. Other professionals have found themselves entangled in political or family feuds, which end up in court or worse.”

“The Karabus family tried to get back to normal life. But Dr. Karabus, a burly patriarch, could only watch from afar, via Skype. When his son, whose wedding he had attended in August, had a son, Dr. Karabus attended the circumcision ritual through video chat. When the family gathered for Passover, Dr. Karabus joined them via Skype, though his wife, Jenifer, broke down in sobs, forcing the family to shut down the video connection.
Meanwhile, the case against Dr. Karabus dragged on. Files were perpetually missing or incomplete, the family said. On March 18, the expert medical committee met, and the next day it gave a report absolving Dr. Karabus of negligence in the girl’s death. The judge acquitted Dr. Karabus of the charges.
An official in the prosecution’s office said the nine-member panel of medical experts had absolved Dr. Karabus because there was not enough evidence to support the charges.
Still, Dr. Karabus’s ordeal is not over. On March 28, the prosecution said it would appeal the decision. A court hearing was to be held on Tuesday, but it was postponed until April 23, his daughter said, because a court file was missing.”

Stopovers can be dangerous – especially in Dubai.

But personally I was comforted by the fact that it is possible to join your family for Passover via Skype.

Soon I expect to get invitations: “Would you like to join us for Thanksgiving via Skype?”

There are many ways to fight the recession. A dinner party via Skype is definitely one of them.