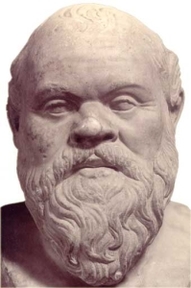 This is an interesting article by Peter Ludlow on “hacktivists” and Socrates, published on Sunday in the NYT:

“Other hacktivists have felt the force of the United States government in recent months, and all reflect an alarming contrast between the severity of the punishment and the flimsiness of the actual charges. The case of Aaron Swartz has been well documented. Jeremy Hammond, who reportedly played a direct role in the Stratfor and HBGary hacks, has been in jail for more than a year awaiting trial. Mercedes Haefer, a journalism student at the University of Nevada, Las Vegas, faces charges for hosting an Internet Relay Chat channel where an Anonymous denial of service attack was planned. Most recently, Matthew Keys, a 26-year-old social-media editor at Reuters, who allegedly assisted hackers associated with Anonymous (who reportedly then made a prank change to a Los Angeles Times headline), was indicted on federal charges that could result in more than $750,000 in fines and prison time, inciting a new outcry against the law and its overly harsh enforcement. The list goes on.
In a world in which nearly everyone is technically a felon, we rely on the good judgment of prosecutors to decide who should be targets and how hard the law should come down on them. We have thus entered a legal reality not so different from that faced by Socrates when the Thirty Tyrants ruled Athens, and it is a dangerous one. When everyone is guilty of something, those most harshly prosecuted tend to be the ones that are challenging the established order, poking fun at the authorities, speaking truth to power — in other words, the gadflies of our society.”

If we are technically all felons, what does it mean to be a law-abiding citizen? It means principally not annoying the state. The citizen and the state are married and the state is a demanding, capricious and sometimes heinous wife (or husband).