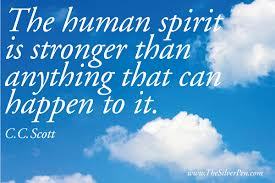 Boston and the Marathon, Nicholas Thompson in The New Yorker:

“The Boston Marathon is America’s iconic race, the oldest marathon in the country, and the most important. Eighteen people ran it in 1897; last year, thirty-five thousand did. It’s the site of Alberto Salazar and Dick Beardsley’s 1982 duel in the sun. It’s where Kip Litton may have ridden a bike, and where Rosie Ruiz definitely took the subway. The race is also iconic because you have to qualify. A New York Marathon shirt means someone got lucky in a race lottery. A Boston Marathon shirt means they’ve run fast. The finish line today was one of the saddest, most terrible athletic scenes ever. But in an ordinary year it’s extraordinary. Well-trained amateurs from all over the world: sweating, straining, slowing, sprinting."

And what exactly do we mean by “the human spirit”?