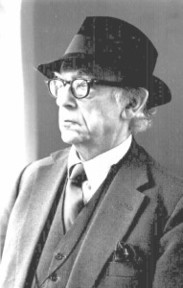 Mark Lilla on Isaiah Berlin in the New York Review of Books: Isaiah Berlin was a liberal, a child of the Enlightenment. But he was also a grown-up. He knew that the Enlightenment’s overconfidence was misplaced, and that its adversaries had raised objections, especially about the value of knowledge, that any serious person must consider. Few liberals are liberal when it comes to their critics. Berlin was. He let them talk and he listened, even if what they expressed came out in shouts or laments, or their ultimate views, like Joseph de Maistre’s, he found utterly hateful. They became “cases” offering lessons philosophy could learn from, even if their writings looked far removed from philosophy. This is what Berlin once wrote about J.G. Hamann, whose angry, brilliant, quasi-mystical writings inspired the German Romantics and modern philosophical antirationalism:

“Hamann speaks for those who hear the cry of the toad beneath the harrow…. His own cry came from an outraged sensibility: he spoke as a man of feeling offended by a passion for a cerebral approach; as a moralist who understood that ethics is concerned with relations between real persons;…as a German humiliated by an arrogant and, it seemed to him, spiritually blind West; as a humble member of a dying social order…. If Hamann had not enunciated, in however peculiar a fashion, truths too contemptuously ignored by the triumphant rationalist schools, not only in his own century, but in the great Victorian advance and its continuation in countries that came relatively late to this feast of reason, the movement that he initiated would not have had its formidable consequences on both thought and action, not least in our own terrible century.*”’