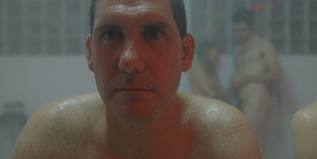 A while ago I saw the movie “Post Tenebras Lux” by Carlos Reygadas. I had never heard of the director, I dozed off a few times during the movie and when I walked out the theater in Amsterdam I wasn’t sure what I had seen.

So I’m thankful that Francine Prose in NYRB explains the movie to me:

“If I advise fewer people to see Reygadas’s new film, Post Tenebras Lux, it’s not only because I liked it less than Silent Light—but also because it is so much harder to explain what exactly I am proposing that they watch. I could say that the film is about an attractive, privileged, urban Mexican couple, Juan and Natalia, who take their two young children, Rut and Eleazar, to live in the scenic rural heartland. I could say that it is about the way in which humans fit (and fail to fit) into the natural world. I could say that the hero has anger-management problems and an addiction to internet porn, and that his interactions with the locals who work for him are unclear and complex. I could say that the film considers questions of masculinity and male violence, and that it draws on experiences (such as a rugby scrimmage at a British boys’ school) from its director’s past.”

“In Post Tenebras Lux, if we are hoping for the coherent narrative that drew us through Silent Light, we must instead settle for a montage of scenes that appear to have been assembled in an order understood best—and perhaps only—by the director. There is a sequence in which Juan and Natalia visit a European swingers club in which orgies occur in rooms named after Hegel and Duchamp; a family party at which Juan quotes a passage from War and Peace describing Pierre’s decision to retreat to the countryside; a scene in which Juan savagely beats a dog, and another in which one of his workmen cuts down a tree.”

But that isn’t the reason I’m tempted to see the movie again. I cannot stand it that I couldn’t make sense of this movie, I wasn’t sure whether I had seen rubbish or perhaps something that deserved to be called “the work of a genius”.