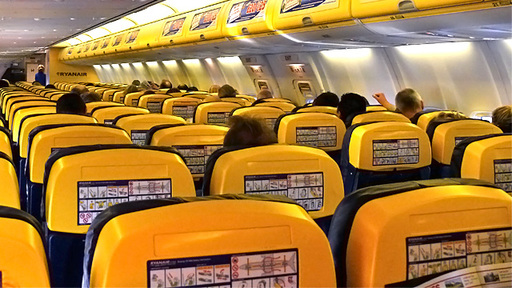 And now something about Ryanair:

“The low-cost airline Ryanair announced it was considering flying a route from Tel Aviv to Krakow, the southern Polish city situated near the former Auschwitz death camp.
The announcement Monday came one month after Israel’s government decided to allow new flights to Europe.
“It seems that every Israeli child has to go to Poland to go and see Auschwitz. We can help them with that,” the Dublin-based carrier’s deputy chief executive, Howard Millar, said at a news conference in London.
A Ryanair spokesman on Tuesday confirmed to AFP, the French news agency, that the airline “has had discussions with a number of Israeli airports, but they are purely exploratory at this time.” Some 25,000 Israeli teenagers visit Nazi death camps in Poland annually in trips organized since 1988 by Israeli high schools and Israel’s Education Ministry. Parents pay about $1,500 per student, with some $580 going to cover flight costs. In 2010, the ministry spent approximately $30 million on trips to Poland.”

There is obviously something perverse about turning Auschwitz into a (more or less) secular religion. I would even say that it comes close to denial.

(The least the Education Ministry could do is to send Palestinian and Israeli kids together to camps in Poland.)