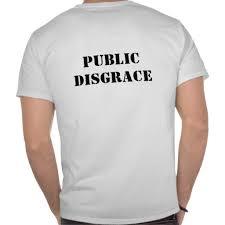 Emily Witt on love, pornography and San Francisco in N+1:

‘Soon, the music was silenced (Kink had its own music, cleared of rights, to play). The bartender removed his gingham shirt and his tie and suddenly was wearing nothing but his waistcoat. Donna came out to make some announcements to the assembled crowd, which was well on its way to getting soused.
“You might think we are doing things to the model that are mean or humiliating, but don’t,” said Donna. “She’s signed an agreement.” According to the agreement, the crowd had permission to poke the model, fondle her, and finger her, but only if they washed their hands and had neatly trimmed fingernails. A fingernail trimmer was available if necessary. “I’m going to be watching you like a hawk to make sure you’re not doing degrading things to her pussy,” Donna said. She continued: “You’re allowed to spit on her chest but not her face. You can give her a hard spanking but you are not allowed to give her a hard smack.” She pulled her production assistant over to her physically. “If Kat is the model”—here Kat bent over obligingly—“this would be a reasonable distance from which to spank her.” Donna mimed responsible spanking practice.
The model, Donna went on to explain, could not leave the set bruised because she had another shoot coming up this week. Donna said that therefore at some point she might have to forbid certain practices to ensure Penny’s body remained unmarked.
Donna concluded her speech with a more theoretical exposition. The whole point of Public Disgrace, she explained, is that it’s supposed to seem spontaneous, and that “you guys are not supposed to know that we’re coming here.” Taking video was forbidden, photographs with phones were fine, but the most important thing: “Don’t ignore us. I’m going to walk her in with a sign that says I’M A WORTHLESS CUNT. So react to that.” She repeated that nail clippers and files were available for anyone who wanted them and reminded the audience to wash their hands in the bathroom before touching the model. Then she returned to the back room.’

Or to put it differently, kinky sex starts with a manicure.