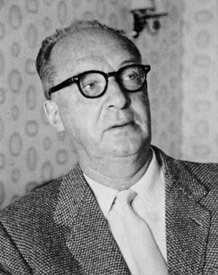 An amusing article by Mark Ford in NYRB with the intriguing title Is Humbert Humbert Jewish:

‘Why, Andrea Pitzer asks in her provocatively titled The Secret History of Vladimir Nabokov, did the great novelist allude only in such oblique, ludic terms both to his own personal losses and to the historical cataclysms that caused them? Cataclysms that also meant that he could never return to a country he missed acutely, and forced upon him a precarious émigré life in England, Germany, Czechoslovakia, France, and then America, where at last he struck gold with Lolita, so much gold indeed that he was able to spend the last fifteen years of his life in the luxurious Montreux Palace Hotel in Switzerland.
There are numerous ways of approaching this question. The most reassuring response might pivot around Nabokov’s famous definition of his art in his afterword to the all-conquering Lolita, which has steadily sold at the average rate of a million copies a year, and is surely the most indisputably canonical novel in English of the postwar era:

For me a work of fiction exists only insofar as it affords me what I shall bluntly call aesthetic bliss, that is a sense of being somehow, somewhere, connected with other states of being where art (curiosity, tenderness, kindness, ecstasy) is the norm. There are not many such books. All the rest is either topical trash or what some call the Literature of Ideas, which very often is topical trash….

Any attempt to write directly about political events or the “sweep of history,” to borrow a phrase from the jacket copy of any number of blockbuster epics, will be mired in the cliché and sentiment that Nabokov deplored in novels such as Pasternak’s Doctor Zhivago (one of his many bêtes noires); the artist’s truest and most valuable way of resisting totalitarian modes of thought is to assert his or her independence as thoroughly and, in Nabokov’s case, as spectacularly as possible. He conceived of writing as a chess match with a razor-keen opponent always looking to predict his next move, and joy and triumph lay in outwitting that reader’s assumptions, and thereby stimulating “curiosity, tenderness, kindness, ecstasy.”’

Somebody like Kundera appears to be close to Nabokovs’ position:

‘People often talk about Chekhov’s philosophy, or Kafka’s, or Musil’s. But just try to find a coherent philosophy in their writings! Even when they express their ideas in their notebooks, the ideas amount to intellectual exercises, playing with paradoxes, or improvisations rather than to assertions of a philosophy. And philosophers who write novels are nothing but pseudonovelists who use the form of the novel in order to illustrate their ideas. Neither Voltaire nor Camus ever discovered “that which the novel alone can discover.” I know of only one exception, and that is the Diderot of Jacques le fataliste.’

But Kundera would never have uttered words like “aesthetic bliss” and “ecstasy” -- and indeed in a world where the manicurist, the cobbler, the dentist and the hotel owner offer their customers aesthetic bliss and ecstasy I’m doubtful whether the novelist should aim to do the same.

But then again, perhaps Nabokov meant that only he could offer true aesthetic bliss, in other words he claimed to be a monopolist on grounds of aesthetic evidence.